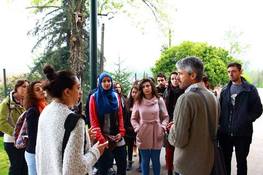 Civic Initiatives Association (CIA) was official partner organization for the study visit “SEED: Strategic Experience for European Dimension” in Portugal. In frame of the project, 2 representatives of CIA were involved in this study visit during 7 days, from 6th till 12th April, 2015 with the other representatives of associations/organizations from different 12 countries of Europe, Mediterranean and Caucasus partners (Portugal, Germany, Italy, France, Romania, Hungary, Armenia, Georgia, Belarus, Egypt, Palestine and Tunisia).

Main activities of Study Visit was based on experiential activities such as visits and group building: Visits to local partners; Discover of the city (Amarante); NGO market; Presentation of Erasmus+; Visibility of the project (internet and multimedia); Intercultural night; Social entrepreneurship workshop; Project laboratory (project cycle and follow-up opportunities); 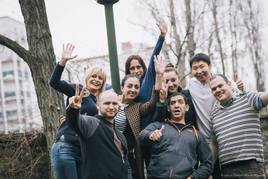 Three participants (Tamila Teliashvili – Group Leader from partner organization, Pikria Bregvadze and Darejan Sudadze - participants) have successfully participated in the international project “Digital Democracy” from February 22nd till 1st of March, 2015 in Vienna (Austria), which was funded by European Commission under Erasmus+. 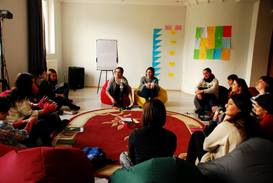 Integrated Security Workshop was held in Bakuriani on November 18-19, 2014. The meeting was led by the Executive Director of “Civic Initiatives Association” - Tamila Teliashvili and the representative of “Anti-Violence Network” - Salome Chagelishvili.

The aim of the project is to equip women activists from Georgia and Armenia with proper knowledge and skills for their personal and organizational well-being and security, as well as to raise awareness on Integrated Security as a concept and to support implementing it in daily life
The meeting brought together women activists and the people who work on women issues from Tbilisi and Samtskhe-Javakheti region.

The project was financed by Kvinna till Kvinna
The projects Budget: 2195.00 Euro 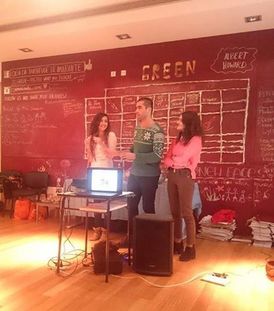 GREEN: Practice what you preach!

Civic Initiatives Association (CIA) was official partner organization of the international project “GREEN: Practice what you preach!” intended to train mainly youth and social workers to use eco-friendly tools and approaches at work and provide them with the competences to act as multipliers in their own organizations and projects. This project involved participants from 9 countries (Europe, Mediterranean and Caucasus partners) and took place in Amarante (Portugal) during 7 days, from 13th till 19th November 2014.

The following three youth activist was selected and sent by CIA to be the part of the project from Georgia: Gvantsa Shishinashvili, Mari Chitashvili and Beka Burtchuladze.

Project was funded by European Commission. 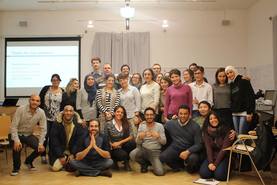 Civic Initiatives Association (CIA) was official partner organization of the international project "Digital Society" hosted by Culture Goes Europe in cooperation with and EJBW in Weimar, Germany from 3rd until 9th of November 2014.

The main objective is community empowerment by sharing and learning about experiences and innovative tools in the context of a digital society. 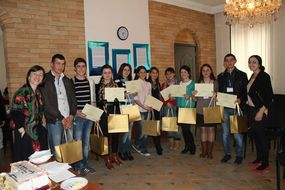 The project aims to encourage friendly and cooperative relations between young people living in Akhaltsikhe and Akhalkalaki municipalities, which will help to better integrate people of different ethnicity and municipality 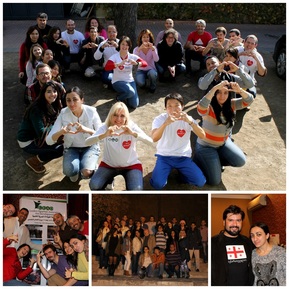 
Representative of Civic Initiatives Association took part in one year program GoGreen evaluation meeting on Sport and Sustainable Development, which was held in Tbilisi on October 27 – November 1, 2013. The first program meeting of GoGreen I was held in Tunisia in July, 2013. 29 organizations from 19 countries implemented not only the joint collaborative but also the individual international projects since the first meeting. During the meeting in Tbilisi, the representatives from organization evaluated the work done for a year and plan the future collaboration.

The program was implemented by financial support of EU 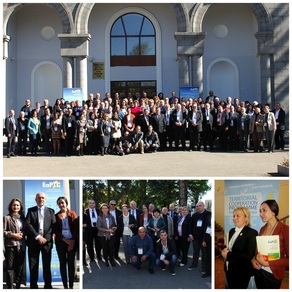 The Participants of Stepanavan regional conference from the border regions of Armenia and Georgia, with the participation of local authorities and civil society, discussed the concrete issues of region's economic and social development and priorities at the local level. Representatives of relevant ministries, regional and local authorities, CBO representatives and civil society organizations were invited to participate in Regional Conference from both sides of the border, Armenia and Georgia 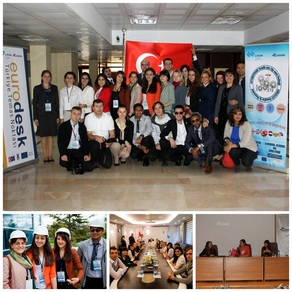 Attention! Youth are Up and Doing

"Civic Initiatives Association" was official partner organization of the international project “ATTENTION! Youth Are Up and Doing”, which was implemented in frame of Youth in Action under Action 3.1, Cooperation with the neighboring countries of the European Union in Ankara, Turkey on September 30 - October 5, 2013. Three representatives took part in the project from organization: Tamila Teliashvili (Leader of Georgian Delegation), Maka Moseshvili and Miranda Khitarishvili.  Six day training course included cultural and study visit. The project aimed to discuss youth decision when choosing their career and job, to test they knowledge about workers’ rights in working life and also it is aimed to raise awareness about occupational health and safety culture, first aid implementations and our knowledge about environment. 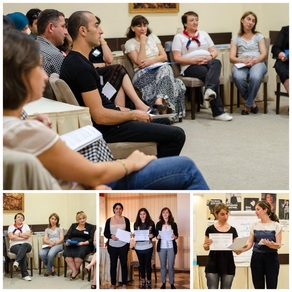 Center for Change and Conflict Management "Partners - Georgia", Georgian Foundation for Strategic Research and Development Center in collaboration with the launch of ethnic minority community-based organizations aimed at strengthening the capacity to implement the program.

In frame of the program “Strengthening community-based organizations working with Ethnic minority”, three staff members (Tamar Kapanadze, Tinatin Manvelishvili and Nino Avetisyan) of Civic initiatives Association were trained in Advocacy, Fundraise and Proposal Preparation, and Organizational Management Skills and equipped with the knowledge, which helps organization to increase organization chances of success, strengthen and support the extraction.

The programme was run between July-October, 2013 and was funded by Open Society -Georgia 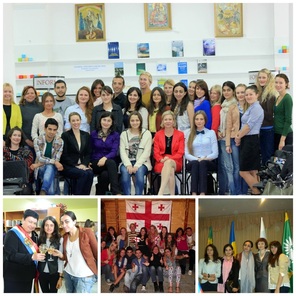 CIA's 2 representatives were invited and attended the International training on „Miss Representation – Breaking Gender Stereotypes“ in Chisinau, Moldova on September 15-22, 2013. The project was focused on gender stereotypes, how they affect people life and career in different field of work. Project brought together young girls and boys and through debates, discussions, photography and theater workshops, they tried to understand how to brake the stereotypes, promote tolerance and cooperation, raise awareness about the negative effects of <<glass ceiling>>, empower and develop self confidence in participants while approaching positions of leadership. 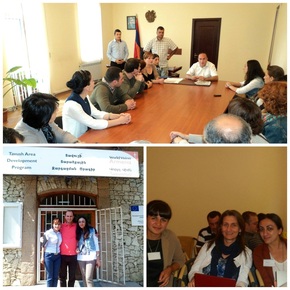 Organizations discussed the existed situation, challenges and problems and plan the future cooperation and cooperation projects.

The exchange was financed by EU 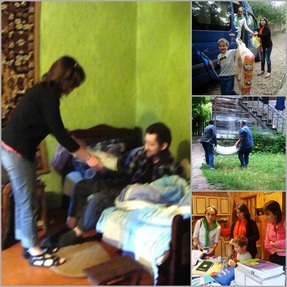 
The charity event to help the family of former prisoner (victim of brutal treatment in jail), organized by Civic Initiatives Association﻿, Tolerant and World Vision International in Georgia